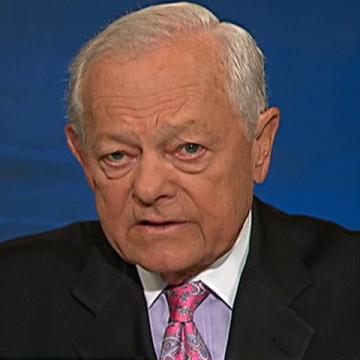 I was never really sure what I was going to put on this blog beyond just general geek stuff, but after my last post about the over the top antics of those “open-minded” liberals, I have discovered the purpose for this blog – commentary.  Bear with me – this is going to get a lot of the “Who writes this blog” stuff out there.  No one will likely ever read it, but watching the political circus that is Washington – and Raleigh NC in my case – gives me such frustration that it needs to get out.  It’s away from my normal businesses where, God Forbid, someone will undoubtedly decide that my personal or political leanings are a reason to NOT do business with me. I believe in something that they DON’T like, or I don’t believe wholeheartedly in something that they DO like.  Like my last post – have a position on ANYTHING and it gives someone the reason they need to be offended by you. The United State of the Offended.

How We Got Here

I am a legitimate geek.  Computers/web all day – every day.  I also feel that it’s imperative to keep up with something more than what happened last night on “Survivor” – or that god forsaken series of idiocy – “The Real Housewives of wherever the f*ck.”  Really?  That’s what the REAL housewives are like?  I feel really bad for all of them then. Anyway, I try to keep an eye on what’s happening politically – and it often gets me SOOO riled up that it just spills over.  And rather than stewing about it silently, it’s now going to go here. Period.  A place I can write freely. And maybe with ANY luck discover that there are a few more out there like ME. Disgusted with what our government does. How and WHY they do it. And have some sort of inner geek to them.

Today – How was it different? 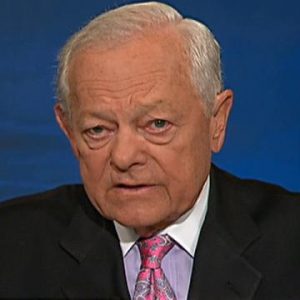 I spent my morning watching the political shows.  My favorite has always been Face the Nation – love Bob Schieffer.  Nonetheless, I do my best to keep an eye on everything that I can.  Well, maybe after today, I’ll need to taper back a bit.  Why? What I watched this morning makes it more and more frustrating to even CARE what our government does.  Why?  Because the influence of the common citizen has eroded to negligible – and the people that ARE in charge?

We are currently governed by two opposing forces hellbent on the destruction of the other – and that seems to be their overriding goal – to hell with the people they are supposed to be representing.  A talking head woman, Republican Representative Marsha Blackburn from Tennessee, came up right off the bat on Face The Nation.  Watching her smug canned diatribe about how the Republicans will basically be spending their time trying to repeal the national health care law, I seriously contemplated would my time be more rewardingly spent watching the SyFy Channel.  Really I did.  As it turns out, it was going to be that silly Henson Creature Creator show – I looked.  Anyway,  she went on to explain that the Republicans were all about women’s rights despite the GOP blocking the vote last week on the equal pay for women thing.  I have NO idea what OTHER little earmarks were put into that bill – probably some bullsh*t earmarks giving away money to a pet project for Harry Reid.  And was that particular initiative nothing more than a Dem plant to take focus away from recent Democrat bumbling and foolishness with healthcare and the IRS as of late?

I’m so fed up with Washington.

Rep. Blackburn reminded me so much of the Dolores Umbridge character in the “Harry Potter and the Order of the Phoenix” movie.  Basically had that same self-assured, zealot, “You don’t know what you’re talking about” attitude while trying to present her party line as the only obvious choice to everything.  “There is NO DARK LORD.  Now drink your Kool-aid.”

It seems like every politician that flashed up across my screen is drinking the Kool-aid in MASSIVE quantities from their respective parties.

Put PEOPLE Back In Office

Trying to stay away from massive generalizations, I will say that USUALLY what I see from politicians is a perfect parroting of the party lines.   Is there like a weekly training thing that both parties sponsor for their representatives so they can learn the lines that they need to use whenever discussing things?  Like actors running their lines, these talking heads seem to be spouting most of their diatribe off without even taking a breath.  Seriously?  You expect me to believe that you DIDN’T stand in front of a mirror and work on that??

Are these people not human?  Seriously, both parties believe wholeheartedly in everything that their party stands for?  No doubts?  How refreshing it would be to hear some regular -“You know, I’m not really fond of that particular thing…” and then vote against it (or for it depending).  I realize that there are occasional crossovers and I REALLY applaud those people.  Though, why they choose to do those particular party-crossing line maneuvers is never above reproach given the caustic, antagonistic and self-serving atmosphere of American politicians.

Or is it more a case of the individuals being so beholden TO the party by the time they get there that they MUST support every idiotic initiative that comes across their desk?  “Listen Representative Clown*ss, we PUT you here, we’ll put you OUT  of here if we choose.  Now drink your Kool-aid.”

Maybe I’m just insulated by the press and other news coverage outlets from seeing the humans behind the political faces.  What I would really like to see was some introspective self-doubt on occasion from some of them.

I read something somewhere – some quote about the difference between intelligent and stupid people.  Someone is sure to be offended by that statement.  Actually it’s a quote from Charles Bukowski –

“The problem with the world is that the intelligent people are full of doubts, while the stupid ones are full of confidence.”

Of course, I’m thinking that I see a little too much introspective self-doubt on the behalf of our president at times.  He could use a little more self-assured stancing on international topics IMHO.  Bush/Cheney would have had American tanks parked on the Crimean peninsula long before ANY uprising could have occurred.  And they DAMN sure would have ’em parked up and down the border right now.  They likely would have been quietly knocking off Russian agitators the whole time. I can see Dick Cheney on one of the news shows with all that self-assured confidence stating that is exactly what is needed.  FULL AMERICAN MILITARY FORCES NOW.  Maybe that ISN’T a move that we want in the big scheme of things, but something in between at least would have had a little more balls to it.

John McCain – I could see shades of Cheney there today on Face the Nation.  Almost got nostalgic.  I really wish John McCain had not chosen that idiot Palin as his running mate.  I personally think he would have been a pretty darned good president.  He probably would have had my vote with a better VP choice.  I was signed up for his newsletter during the last campaign, but beyond the poor choice for veep, what turned me away?  Constant hammering on anything ever done by the dems and basically pandering and playing to the hard-core Republican party lines. John, they SURE aren’t going to vote for Obama. How about appealing to some of the middle of the roaders like ME?  Over and over – the evil democrats did this, they did that.  I don’t HATE the Democrats, you pollster magicians, any more than I hate the Republicans.  I like things out of BOTH parties – and dislike things out of both parties. What do I dislike about BOTH parties?  Political gamesmanship – where the only winners are…. NOT THE CITIZENS.

President Obama, you are supposed to be our leader – not a caretaker waiting for the return of the king… Managed to get two geeky references in here – this IS a geek blog after all…  I just get the sad feeling that what the world is seeing is a weak US president coming up with the same lame warning to Putin that I use on my dog when he has that look in his eye and I KNOW he’s about to run out of the yard – “Hey, I’ve got my eye on you!!”  It doesn’t work well with my dog either.

Now that I’ve set the tone and topic for this blog finally, I’ll try to keep the posts that follow more on topic and less everywhere at once.  It just HAD to get out though.  Thanks for bearing with me – 1 person.