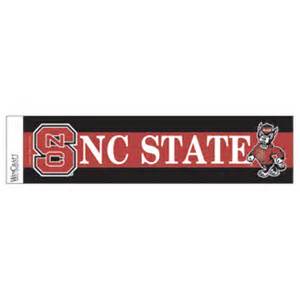 Wrote this little blit last week, but I forgot about this until I was in today, but general forces conspired against me. Hate when that happens. That said, last WEEK… This morning, it’s running a cool, mmm… 10 degrees Fahrenheit outside? OMFG. It’s cold (similar to yesterday, but worse) and that made my observation yesterday even more ironic.

So… I met with a client in Raleigh yesterday. Came in off the quagmire that always seems to be getting on the 440 beltline INNER loop (why people seem to have problems figuring out which is an inner loop and which is an OUTER loop is absolutely beyond me – a WHOLE lot more descriptive than 440 E or 440 W – IT’S A LOOP – BOTH OF THEM GO North, East, West AND SOUTH at SOME point.) In the merge lane TO THE INNER LOOP (be d*mned, map mavens) when I finally got there, I was behind a car sporting some stickers – which may or may NOT be an accurate reflection of the driver.

In the back window, I see 3 stickers. You know, the peel off ones that advertise something as in – you use their products, you’re in agreement with their products, you’re in alliance with them period, you believe in their cause, you’re (I HATE this phrase) “raising awareness” of some idiotic thing, etc? “NC State University” and 2 for Ron Jon Surf Shop tastefully placed on the outside of the NCSU sticker. Nice.

Cool Dude or Chick Ahead! 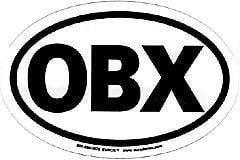 So I got thinking, “What kind of person is in this car? Do they go to NCSU?”  Probably. It IS Raleigh after all. “DO they actually surf?” Yeah, we HAVE coast here, but it’s not very exciting for the most part until we have a hurricane moving by… Okay, so admittedly, I got over-thinking the whole thing.

Which then brought to mind the stickers that used to be just absolutely ubiquitous around on car and truck windows, though I haven’t seen many of them lately. “Mr. Zog’s Sex Wax.” This is also a surfing thing. However if everyone had the sticker for purely surfing purposes, then there would have been approximately 15K surfers that used this particular wax back in the mid-80s at ECU – according to their window stickers at least. There weren’t.

So, I’m thinking maybe the stickers aren’t QUITE indicative of what they are supposed to be indicating.  And THAT’S what got me thinking about all these window stickers and why we put them on our cars and trucks. We’re preparing a face to share with the public…

So who IS in that car? 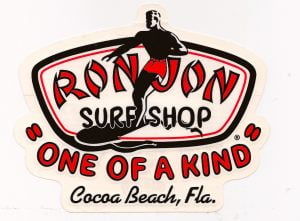 I don’t know if it’s just me or if other people do this, but I get a picture in my head sometimes when I get behind another car. Depending on the stickers, the type of car, the driving, etc, I always end up with some sort of mental picture of the driver. This one was a toss up for me. The car itself said 20something girl. The stickers got me thinking more 20something guy. Here’s where the “truth in advertising” part comes in…

My assumption about drivers is that if you have something that you do, activities that you frequent, places you live, etc that you’re particularly proud of, THAT’S when you put a sticker on your car.  You are creating the face to meet the public – and of course set the right tone for any ensuing encounters. Advertising who you are. Even if it is complete bullsh*t.

So with a set of surfing stickers on the back AND an NCSU college decal on the back window, thinking this must be an athletic type guy that has a brain and wants to advertise that fact. Cool dude looking for cool chicks that dig smart surfers. Yeah, wrong. It was a chubby chick with glasses. But with the glasses and all, she probably was smart. I guess I called that one at least partially wrong – though the instinct on the car being a girly car WAS right.

After that particular “reveal”, I got into thinking about the whole sticker thing. What would happen if instead of trying to portray ourselves as we would LIKE to be perceived, we just worked with reality and placed THOSE stickers appropriately? Let’s examine some of these stickers…

The ever popular white oval with “OBX” in there. Outer Banks? UrbanDictionary has a different take on it here. You’re driving around in Raleigh. Thinking you probably don’t really live in OBX, but it screams again, “I’m beachy. I’m cool.” Probably much better than a big oval with “RTP” or “RLGH” in it. I’m personally thinking I’d like to see a big BLANK white oval with a black border on it. Now THAT will keep them guessing.

You likely DON’T live any place that really IS  that darned exciting.  If you do, so does everyone else around you. Net gain: 0. Poing.

Sure, you’d like everyone to see how with it and what an interesting person you are. Let’s face it. Most people? Not so much. TV. With a few exceptions in my circle of friends, plopped in front of the TV is where you’re probably spending a LOT of your free time. Not nearly as sexy as the “I’d Rather Be Hang Gliding” thing that you’re sporting on the back of your vehicle now is it?

Nor as exciting, of course, as the whole Ron Jon thing implying vast amounts of cool.  Then again, I’m not sure if the chick was talking more about the activity of surfing or if she liked shopping there. It’s far more likely that she shops there I would think. Shopping is much easier than surfing. Then again, maybe the only shopping she actually DID there was to buy the stickers. You just never know.

And Reality. The Real You. 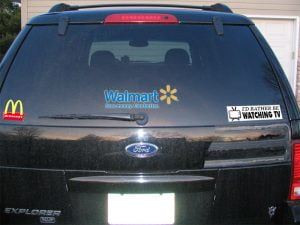 So, what would *I* think the average Joe’s window would look like – in truth?  Let’s find out…

Sometimes, reality is not very sexy.