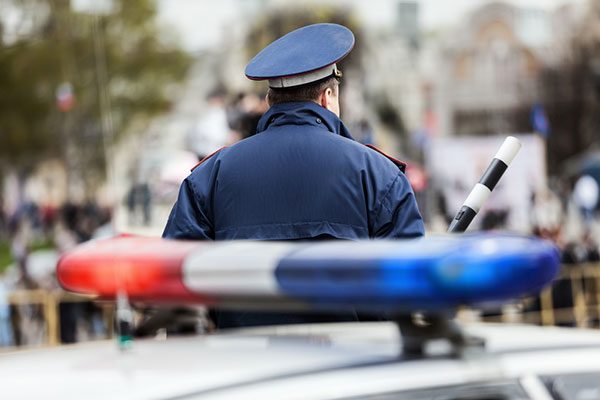 I sit pretty much in my chair every night.  Right here in front of the computer with my TV right next to it.  And as such, I watch the news pretty regular.  You know what’s getting my goat these days?  You’re absolutely right – a LOT of things. But this one in particular – all the people that want to raise a ruckus when their career criminal, wanted for murder, couldn’t follow a cop’s direct orders, idiot of a child, son, husband, boyfriend ends up getting shot. 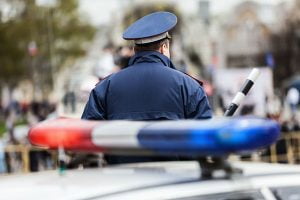 We’ve seen a number of high profile cases where we really need to be examining police actions. Too many cases where perhaps a little clearer perspective may have saved someone’s life – but, in the heat of the moment with split seconds possibly being the difference between life and death, decisions need to be made.  There are changes that are made. Too many “BooYAH” macho cops out there IMHO are doing a real disservice to the serious majority of caring, professional law enforcement personnel out there.  And then there are some out there that just shouldn’t even be cops, but that’s not the point of this piece at all.

What’s REALLY bugging me is these families that get on television screaming and protesting and cursing the police with screams of racial bias, murder and more. And I’m seeing this too many times per week right now on the evening news.  Then the next statement is “the suspect was wanted on suspicion of murder..”, “the suspect is a career criminal with x armed robberies…”, etc.  You know what?  If you’re a felon, ex-felon or an about-to-be felon, you probably need to think that the cops likely are NOT going to give you the benefit of the doubt.  If you decide that you want to reach for something after the cops tell you to NOT move?  You should probably expect some lead flying your way.  And there is likely a strong possibility that you won’t survive it.  I’d really think twice before disobeying an officer – I don’t care WHAT color you are.

The case that made me first start noticing these idiotic stances and poor, poor choices was a police shooting right here in NC down the road in Sanford a month and a half ago.  I have to admit that I feel for this guy’s family. No one should have to go through losing a loved one like this, but… They also need to realize that when their son/brother/friend was wanted for multiple felonies, anything other than, “Yes, officer” while putting one’s hands behind their head is probably NOT going to fly.

Cops just shot him for no reason. We don’t understand why at all.

Because he was wanted for multiple felonies and my guess is that he was not doing the “Yes, officer” routine which would have likely saved his life. It’s not THAT frigging complex.   Ending up with a gun in his hand doesn’t really help this case either. I’m sure there were screams of conspiracy but…  It started off with someone breaking the law. In this guy’s case, he already had a fairly solid demonstrable history of breaking the law – resisting a police office, possession of  a firearm by a felon, robbery, drug paraphernalia. I’m just sorry, when you have THAT kind of history in the police records, they’re NOT going to just come up and offer milk and cookies and just have a little chit chat. Get a f*cking grip.

Late Wednesday, some family members set fire to furniture in the front yard of 621 Magnolia St. Police and fire crews returned to the home and extinguished the fire.

Family members said Thursday they burned the items because they believe police may have bugged them.

Later in the night, however, family members set fire to a wooded area across the street from Faison’s home. Police and fire crews returned, and the crowd dispersed.

If memory serves me watching the report that night, they had little signs out and looked as though they thought they were trying to start some sort of spontanous protest – similar to the protests that were occurring elsewhere across the nation at that particular time sparked by the “I can’t breathe” case.  The poor fellow with “I can’t breathe”? There was NO reason for that and that office got away with at LEAST manslaughter if not worse.  I don’t know if they expected Al frickin’ Sharpton to come winging on down or what, but…   I’m sorry – I know you’re hurting – but you just aren’t going to win in any type of court – legal or public opinion – when you’re trying to defend someone that’s wanted for all this crap.

You know what? People ARE angry. At least I’M angry. Angry that too much of our time and group energy is being wasted by those wanting us all to focus on glorified stories that deserve NO glory.   Angry that too many are being blinded by THEIR own prejudices and assumptions that little things like reality, truth and actual scientific evidence are dismissed as a vast consipiracy when it disagrees with their opinion. And finally angry that these people don’t have any better home training. My parents told me when a cop said “stop”, you better d*mned well stop. And you better follow that up with a “Yes, sir?” All actions have consequences. If your parents didn’t get that through your thick head, then shame on them.

So if you want to be a bad*ss, go ahead and get in that cop’s face, ignore him, go for your gun – and be prepared to die. If you want to NOT get shot? I really suggest just putting your hands up and listening to him.