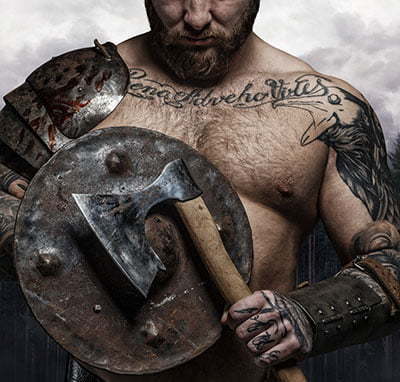 So, one of my clients is actually a bio-identical hormone replacement therapy doctor.  I admittedly had not a CLUE what this was when they first contacted me. “Bioidentical to what?”  Hey hold it. Is this that annoying “Low T” thing I hear about in those late night TV ads? And I see former football players hawking on the commercials? Yes, sort of. It IS the whole low testosterone (hence the “Low T”) thing, but this is the BOUND testosterone – not the 2% of free testosterone that floats around your body. Worrying about the free testosterone seems to be like getting all bent out of shape because your air valve cap is dinged up – and overlooking the fact that you have no tire.

To make a long story short, bio-identical hormone replacement therapy is a treatment to return the human body – actually male OR female – to hormone levels that you MIGHT have had when you were in your 20s – and THAT idea is indeed enticing.  Truth be told though, you may have NEVER had hormone levels up this high. WHA-A-A-A-A-T?

As a child born in the 60s, my hormone levels (in a generational way) were already under attack. There are multiple studies available that clearly indicate that our human hormone levels have been in a steady decrease for YEARS – generations even.  Here’s an article over on Healio, another on CNN, and yet another on Science Daily.

SO, my dad’s hormones were higher than mine – and his father before him? They were probably monster. This article released over on DailyMail references hormone studies started originally here at local Duke University. There is strong evidence that a reduction in testosterone was behind some of our massive social/cultural developments around 50,000 years ago. I would not doubt it – there ARE some downsides to monster testosterone. Being far on the aggressive side of things likely does slow down that whole idea of being sociable and actually cooperating in various activities. The study evidences smoother skull shapes as a reference for the changes lowered testosterone created in the physical structure of humans.

I would love to see the data going back just a few hundred years to see what kind of T levels some of our recorded forefathers out there had – back when adventurers were crossing mountain ranges to find new lands, crossing oceans for months in search of new lands and new conquests, and even here when we were “taming” the American West.  All those traits associated with being manly – a “man’s man” if you will. Seems some of the most aggressive choices many men have these days are going with almond or soy in their triple vanilla latte.

Low T? What is up with that?

Purported villains of our decreasing testosterone in particular? Modern life. Chemicals, diet, who knows…. The studies have identified that low testosterone is an issue – but with so MANY things involved in one’s environment, genetics, eating habits, etc – no one can definitively say that there is a single source of the problem.  It does hold though that our way of eating and the chemicals involved in our eating patterns and habits may be a major influencer in this issue.

I would daresay – based on my own opinion of course – that the commercialization of our food production HAS been a major source of issues. Modern life has forced the introduction of chemicals and chemical entities that the human body was never designed to handle into our food sources by commercial farms. Anything artificially created can throw the human body for a bit of a loop while it figures out what to do with this foreign entity. And this can have a major effect on the delicately balanced human physiological ecosystem. But I digress… I likely will go into this particular thought at a later time.

The Point of the Article?

SO, what brought you here today Eric? Well, honestly, after reading of all the benefits of the treatment, and listening at length to Dr. Greg Brannon here in Cary,  I decided to take the plunge myself. I’ll write more about Dr Brannon at a later time, but the force of HIS own conviction on the BHRT methods was a huge motivator for me.

It’s now time to get on to the paying things for the day – check back as I chronicle my journey into BHRT.